We're really excited with the November 5 line-up of "Hangar Talk" topics as we're focusing on several aspects of Naval Aviation as well as exploring the Museum's long history with scale aircraft models.  Plus we've got the annual Ed Maloney Scale Model Contest, our Flying Demo of the Grumman F-8F "Bearcat" and a visit from a number of classic cars including Austin Healys, Cobras, and Ferraris.

Doors to the Museum open at 9:00am - regular admission gets you entry into the Museum for the day, including Hangar Talk and the Flying Demo.  As always, our Members get in Free!

We've got a fantastic number of registrants for this year's contest.  Open to all Museum Members and Volunteers, the contest features scale model submissions in five different categories.  Guests to Hangar Talk will serve as judges for this event -  receiving a number of stickers to place on the ballots located next to each scale model entry.  Be sure to come early to judge the entries.  This event is always lots of fun, and it's great to see the handiwork of our modelers up close.  Special Note - there's still time to enter the contest.  Please reach out to Ted Mount if you'd like to enter (email: Ted.Mount@planesoffame.org).

A Story of Devotion Brought to the Big Screen

Planes of Fame is proud to have played a small role in the upcoming major motion picture release "Devotion," due to hit theaters over the Thanksgiving holiday weekend.  Brian Finnegan of the Museum will take a look at this upcoming potential blockbuster, from the true story to the best-selling book and its development into this exciting film.  The Museum features three of its aircraft in the movie, including the Grumman F8F "Bearcat" that will fly later in the day. 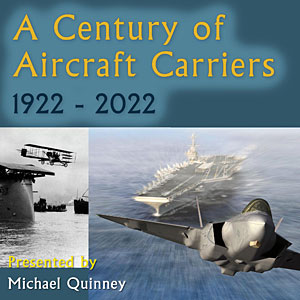 The Museum's Michael Quinney will explore the fascinating evolution of the aircraft carrier from its early days up to the super carriers of today.  Michael will relate some of his own experiences of carrier duty as he shows us the importance of these massive ships to protecting American interests on a global scale. 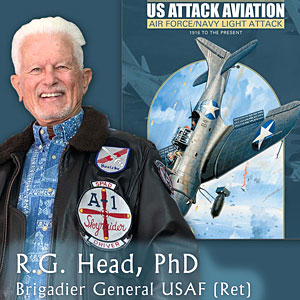 US Attack Aviation: From the Red Baron to TOPGUN

Our keynote speaker, Brigadier General R.G. Head (USAF, ret) will be on hand to talk about his newest book entitled, "US Attack Aviation: From the Red Baron to TOPGUN," as he compares the differences between Air Force and Naval Aviators, the challenges of attack aviation, and the aircraft built for these duties - including a close-up look at the development and politics behind the creation of some of America's next generation attack fighters.  General Head's newest book will be available for purchase and the General will be happy to sign copies.  General Head has presented with us before, most recently when he spoke of World War One ace Oswald Boelke and his contributions to combat aviation. 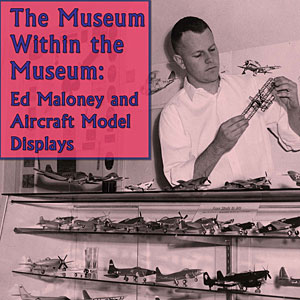 A Museum Within a Museum - Ed Maloney and Aircraft Model Displays

Ted Mount of the Museum will talk about a subject near and dear to his heart - the widespread use of aircraft models here at the Planes of Fame Air Museum, and the man behind their use, Museum founder Ed Maloney.  Ted will conclude by announcing the winners of this year's "Ed Maloney Scale Model Contest."

Following "Hangar Talk," we'll move outside for the Flying Demo of the Museum's F8F "Bearcat."  Scott Cassells of the Museum will give a brief presentation on the aircraft beginning at 12:15pm which will be followed by the engine start of the 2,000+ horsepower Pratt & Whitney R-2800 radial engine.  The aircraft will then taxi away and fly over the Museum for approximately 20 minutes.  Upon its return, guests will be able to ask questions of the Bearcat's pilot, Rob Patterson. The Museum's Bearcat is a beautiful restoration and is featured in the upcoming motion picture "Devotion."

Also on hand will be several food trucks (coffee & smoothies, Mexican Food, Ice Cream treats) as well as a special visit from several classic cars including a number of Austin Healey sport cars, plus a few Shelby Cobras, Ferraris, and other cool cars.  Guests will be able to see these restored machines up close.