On Saturday, July 2, 2022 at 10:30am, Planes of Fame Air Museum presents our Hangar Talk event with our Flying Demo. The Museum will be featuring the Douglas C-53D Skytrooper.

PLUS! RIDES WILL BE AVAILABLE IN THIS C-53D SKYTROOPER, A D-DAY VETERAN! 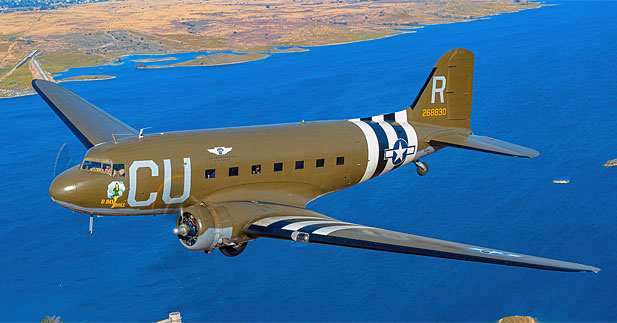 A Look Back at D-Day (June 6, 1944) and the Role that Aircraft Played
The Commemorative Air Force (Inland Empire Wing) will present a discussion about how aircraft was used during D-Day and in particular, the role that the C-47 and C-53D played in moving paratroops and equipment onto the continent from England.  They will discuss their C-53D "D-Day Doll" and the mission it undertook during the D-Day invasion 78 years ago.  They will also be discussing the 2019 trip they undertook to fly the aircraft back to France in commemoration of the 75th anniversary of the D-Day invasion.

Fighter Aces from World War I Through Today 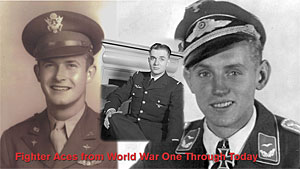 Longtime Museum volunteer Frank Mormillo will explore the extensive history of the "Ace" in warfare. The ace is traditionally a flyer who achieves five or more aerial victories in combat.  From the daring early aviators who waged aerial dogfights during the First World War to the individuals who courageously turned the skies into battlefields during World War II, Frank will tell us the stories of the men, their machines, and the action that made them all histories aces of the air.

Last Flight - a Look Back at the Disappearance of Amelia Earhart

Museum Collections manager Mike Smith will discuss the last flight of noted aviatrix Amelia Earhart, who disappeared somewhere over the Pacific Ocean on July 2, 1937 - 85 years ago to the date of this presentation.  From her earlier exploits and record setting flights to the fateful mission that led to her disappearance and a mystery that endures today, Mike will engage us with this fascinating story on this important anniversary.

The Flying Demo will occur outside on our Hot Ramp area beginning at 12:15pm.  A brief presentation will be followed by engine start-ups and taxi of the big aircraft.  It will fly over the Museum for 20 minutes.  Upon its return, visitors to the Museum will be able to ask the pilot and crew questions.

The aircraft will remain on site at the Museum and will be conducting additional flights and taking riders on these flights.  Three flights are planned (1:00pm, 2:00pm, 3:00pm).  Price for a flight is only $125.00.  Up to twelve riders, six years and older, will fly at one time.  Tickets may be purchased using the following link (Home Page - Wings of Valor) or directly on-site on a first-come, first-served basis.