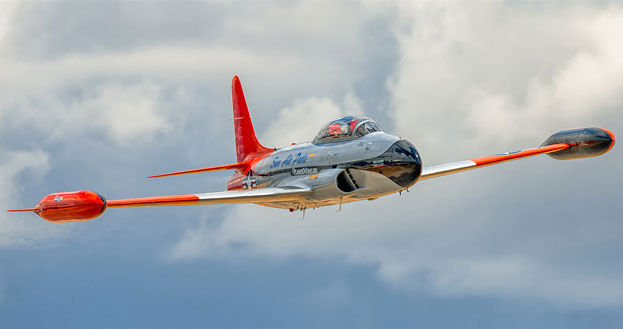 After introduction of the P-80 Shooting Star, America's first operational jet fighter, Lockheed undertook a private venture to develop the T-33 trainer. By extending the fuselage and canopy by three feet, an extra pilot could be accommodated. The result was a world-class jet trainer of which 5,781 would be built over its first decade of production. It became the most widely used jet trainer in the world, essentially a two-seat version of the U.S.A.F. P-80 Shooting Star. A generation of flying cadets became pilots in the front seat of the T-33. Planes of Fame Air Museum's  T-33 is used as the pace airplane for the Unlimited Air Races every year at Reno, Nevada.