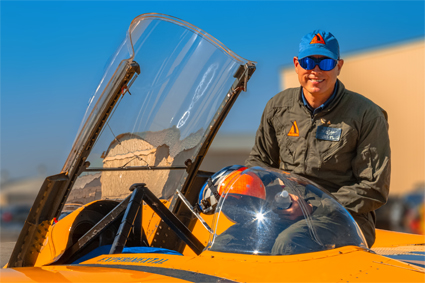 The Planes of Fame Air Museum has lost a brilliant and passionate pilot, and the world has lost a kind and loving human being. Those of us who were fortunate enough to know and work with David have lost a dear friend and a cherished member of the warbird community. He will be deeply missed and always remembered.

David flew professionally with a commercial airline, was a certified flight instructor, and had a passion for vintage aircraft and warbirds.  He began volunteering much of his time at our museum over seven years ago and flew various aircraft including our P-40 and AT-6/SNJ but expressed a keen interest in the Northrop N9MB Flying Wing.  He was entrusted as the primary pilot and chief mechanic on that very special aircraft, and flew the Wing for several years in local airshows to the joy and delight of spectators.  David could often be found working late hours at the museum and was a valued A&P mechanic, always willing to jump in and lend a hand. His positive attitude and limitless energy were as much an asset as his skills and expertise.

No words can adequately express our sadness at this time or our gratitude for the opportunity to work with David.  We will honor his memory by dedicating ourselves to continuing the mission he loved so much.

On behalf of David Vopat’s family, friends and the entire Planes of Fame organization, we would like to thank you for your support during this difficult and sorrowful time. In honor of David, we are committed to carrying on the mission that David loved and felt so passionate about - Flight, Aircraft and Air Shows. 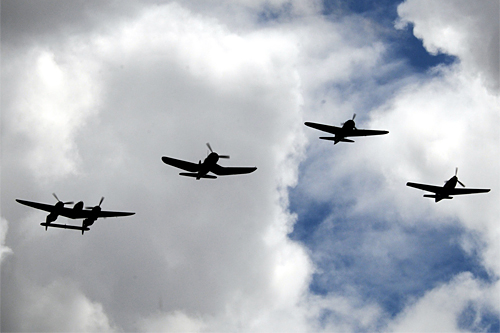 David Vopat looked forward to the Planes of Fame Air Show every year. He was always proud to be part of the event and was dedicated to the Warbird Community.

Paying our respects to David's legacy, the 2019 Planes of Fame Airshow will be Dedicated to the Memory of David Vopat. The Opening Ceremony (both Saturday and Sunday) will conclude with a memorial flight. David's fellow pilots will perform a flying tribute with a Missing Man Formation.

All of us at Planes of Fame Air Museum are honored to pay tribute to David and hope you will join us.