Grand Opening of the Working Together: Aircraft Production in Southern California 1938–1945 Exhibit 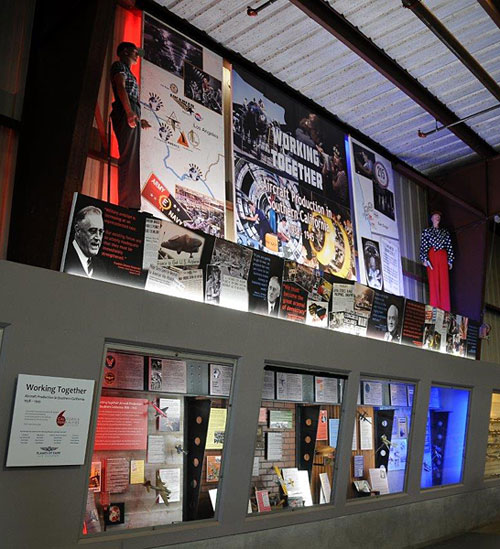 In the years leading up to and during the Second World War, it became evident just how crucial the airplane would be in modern warfare.

In the halls of government, it was about numbers – out produce your enemy.  On the battlefield, it was about air supremacy – whoever controlled the skies dictated the terms of the conflict.

This is the story of how the Southern California aircraft industry, through collaboration with government, cooperation within industry, and by working together as individuals, produced more aircraft in a short span of time than ever dreamed possible.

These efforts played an important part for the United States and her allies to defeat the axis powers and achieve victory in World War II.

This exhibit was made possible with support from California Humanities, a non-profit partner of the National Endowment for the Humanities. Visit www.calhum.org.