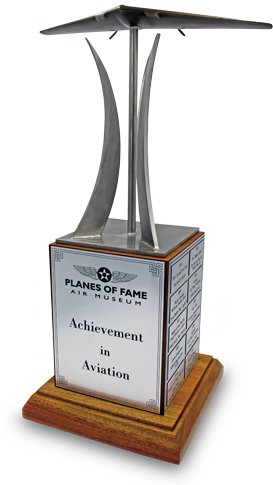 The Achievement in Aviation Award is presented each year by the Planes of Fame Air Museum. It recognizes individuals who have made significant contributions to the field of aviation.

These are men and women who exemplify the best in aviation – whether through historical achievement, or by reaching the pinnacle of the profession.

The Award Ceremony is held at the annual Taste of Flight Gala. More Information.

Past recipients of this prestigious award include: