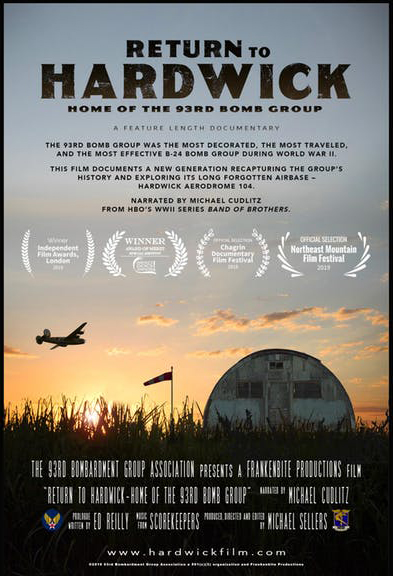 The 93rd Bombardment Group was a United States strategic bomber unit during World War II stationed in the East Anglia section of England. Veterans, family members and friends meet every year at group reunions in the U.S. to fulfill the group's by-laws which focus on educating future generations. They have approved the production of a documentary film that will profile the group's history, legacy and specifically the airbase they flew in and out of during the war. Taking advantage of a rare group reunion to England, the documentary film will tell the story of the men and women that worked on the base and it will implement CGI effects to render present to past imagery to give the viewer a chance to step back in time. Most of the base is farmland now but "feet-on-the-ground" exploration by a 93rd Bomb Group historian and local guide will help the viewer discover what happened at this deserted airbase some 70 plus years ago.

In 2015 the 93rd Bomb Group organized a trip to England.  Much like in past years, this trip will take family, friends and veterans on a three-day tour around the East Anglia section of England.  The 93rd Bomb Group's airbase during the war, Hardwick Aerodrome 104, is a central focus of the documentary.  Three days were spent touring with the group and another four days exploring the air base with 93rd historian Don Morrison and local guide Colin Mann.

After the trip, a year was spent traveling the United States interviewing veterans, family members and experts.  These interviews are the backbone of the documentary and push forward three main characters central to the Return to Hardwick story. 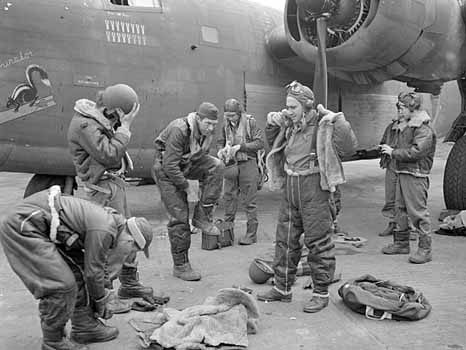 Post-production officially started in the Fall of 2015.  The structure of the documentary was not clearly set but an idea did develop with the prologue of the film.  A 93rd veteran named Ed Reilly wrote an article for the group's newsletter about a "return" to Hardwick airfield in 1975 - thirty years after the war.  In great detail, Ed gives his account of what it was like to be on the base and flying as a radio operator in a B-24 bomber.  A voice actor was hired to read Ed's article and a 7-minute sequence was edited and screened at the 2015 93rd Bomb Group reunion in Omaha, Nebraska.  With that screening, we started to receive more donations to fund the editing for the Return to Hardwick project.

With the donation of time and equipment, Producer/Director Michael Sellers edited throughout 2016, 2017 and 2018 on a part-time basis.  Eventually, the film was structured into three main characters - following their family connections of men and women that served on Hardwick.  In addition to the central characters, three main history sections were created to not only tell the history of World War II but the involvement of the  93rd Bomb Group during the war.