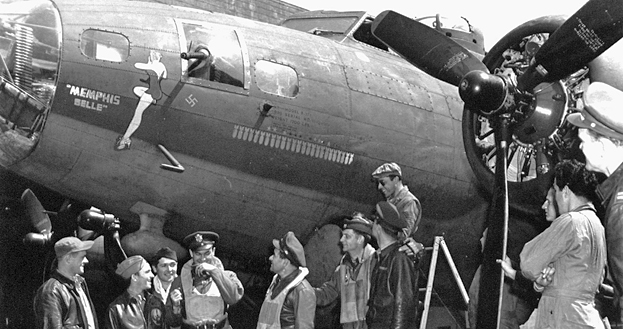 During the Second World War, the air forces of the United States, Great Britain, and other allies unleashed an ongoing stream of aerial bombardment campaigns designed to diminish or eliminate the ability of the Axis powers to make war.

These missions involved hundreds of aircraft dropping thousands of tons of conventional bombs on strategic targets such as manufacturing and munitions facilities, military bases, transportation hubs, and communications centers.

Specifically in the European Theater of WWII, the responsibility for launching daytime aerial strategic bombing missions fell to the Eighth Air Force of the U.S. Army. The 91st Bomb Group was one of four “pioneer” B-17 groups to fly with the Eighth Air Force.

Through three years of continuous aerial combat, the 91st Bomb Group flew 340 combat missions from their base in Bassingbourn, England. These missions chronicle the successes and tragedies of the strategic bombing campaigns of World War II. Notable aircraft such as “The Memphis Belle,” “Delta Rebel 2,” “Shoo-Shoo Baby,” and “Nine-O-Nine” were among the arsenal of over 400 B-17s that comprised the 91st Bomb Group. Over 200 of these “Flying Fortresses” would be lost in the fighting, along with over 2,000 crewmen.

Members of the Museum’s Education team will present topics related to understanding the strategic bombing campaigns of World War II.  Attention will be paid to the aircraft flown during these missions, particularly the Boeing B-17 “Flying Fortress.”  Several presentations will focus specifically on the 91st Bomb Group – their history, missions, aircraft, and accomplishments. 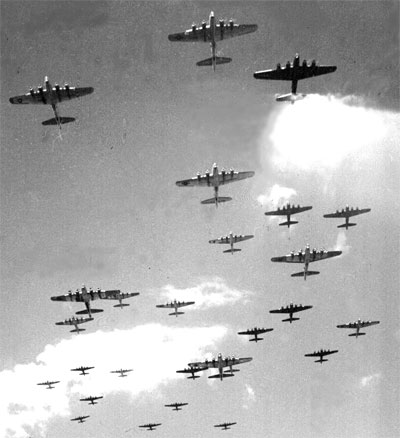