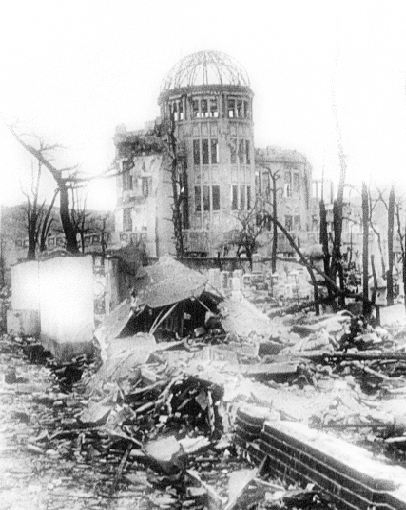 On August 6, 1945, the world’s first detonation of an atomic bomb in anger occurred over Hiroshima, Japan.  Three days later, a second atomic device was detonated over Nagasaki, Japan.  On August 14, 1945, the Japanese announced their surrender to end the hostilities of World War II.

One of the greatest controversies to come out of World War II was whether the atomic bombings were necessary to bring about the war's end.  Supporters of the bombings believe that they prevented a planned invasion of the Japanese mainland, saving more lives than they took by doing so.  Opponents contend, among other arguments, that the bombings were unnecessary to win the war and that there were other options available short of their use.  Whether the atomic bombings truly forced the Japanese surrender, and whether projected casualty rates for the Japanese invasion were accurate, have been controversial issues for historians to tackle in the ensuing decades.

This presentation will not explore the arguments for or against the use of these weapons in World War II.  It will instead focus on the scientific and engineering development of the two atomic bombs and the actions leading up to their use, including an examination of the two missions.

Members of the Museum’s Education team will present a number of topics related to the dropping of two atomic bombs during WWII.  Presentations will look at the events that led to the creation of the Manhattan Project, the scientific and engineering race to develop the weapons, the decision for their use and the selection of targets, and the aircraft and crews that participated.  It will also explore the aftermath of both attacks and the ultimate impact their use has had on society.

Click here (when available) to get a coupon for $2.00 off one adult admission for this event!