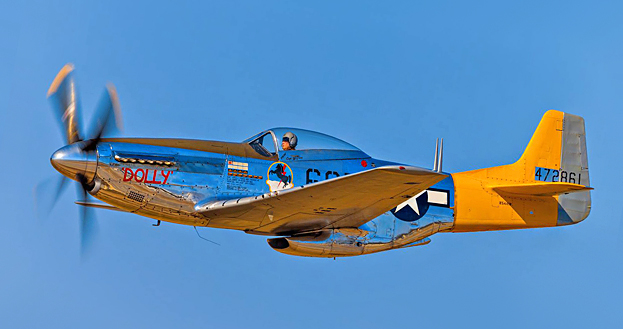 The Museum’s P-51D was the 40th (of 200) P-51D-30 variant built in Dallas, Texas and delivered into service on July 26, 1945.  It went immediately into storage at Kelly Field, San Antonio, Texas.  In late 1947 it was assigned to the 31st Fighter Group (Turner Air Force Base, Albany, GA), serving with the Strategic Air Command until that unit transitioned to jet aircraft.  From March 1949 until December 1956, the aircraft served with Air National Guard units in Tennessee, Vermont, and West Virginia. The Museum acquired the aircraft in November 1957, making it the longest privately-held P-51D under the same owner.