On Saturday, November 20, 2021, Planes of Fame Air Museum will be having a very special flying month. With the visit and flight of the very rare de Havilland Mosquito aircraft, we are combining our “Hangar Talk” presentation with our "Flying Demo Day" into one special event. Come see one of only four flyable "Mosquitos" in the world.

The History of the de Havilland Company 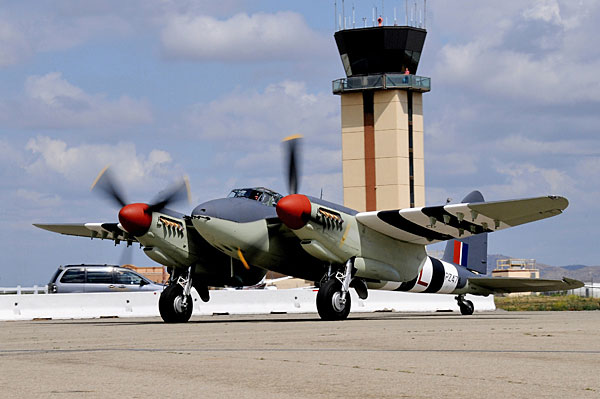 The agenda for "Hangar Talk" will focus primarily on the de Havilland FB.MkVI "Mosquito" aircraft, scheduled to fly following the presentation.  We'll look at the history of the de Havilland Aircraft Company and the role they played in advancing aviation. We'll dive into the design and development of the de Havilland Mosquito - one of the more unique and fastest and more powerful allied aircraft of the Second World War, the development and combat record of the Mosquito aircraft, and the many roles it served during World War II.  The Mosquito was a unique twin-engine bomber developed during the Second World War. Extremely powerful with two Rolls Royce Merlin engines with over 1,500 horsepower each, it was also unique in that it was constructed mostly of wood.  This kept its weight down and made it fast and versatile.  These aircraft performed a range of roles during the war, from reconnaissance to fighters to bombers and other special missions during WWII and post-war.

We want to give a special thank you to the owner of the FB.MkVI "Mosquito", Charles Somers, who has graciously made this aircraft available to us from his Charles Somers Warbird Collection in Sacramento, CA. Through Mr. Somers' generosity, we are able to display this aircraft from November 18 through November 20 at the Planes of Fame Air Museum. Steven Hinton will be flying the Mosquito at the Nov. 20 event. 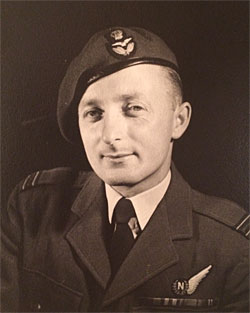 We're thrilled to include Royal Air Force Flight Lieutenant (Retired) Ken Wright in our "Hangar Talk" presentation on the "Mosquito" (or as Ken calls it, the "Mossie").  After enlisting in the R.A.F. as an 18-year old in 1941, Ken served in WWII as a Navigator and Radio Operator in heavy bombers until the end of the war.  In 1951, he transitioned to the "Mossie," serving as a navigator/radar/radio operator in the second seat.

His service continued until 1961 and included various jet aircraft and even a few stints here in the United States.  Ken will be relating his experiences with the "Mosquitos" as well as his other service history.  Ken currently serves as a Docent at the March Air Field Air Museum.

Following "Hangar Talk," get your cameras and phones ready as we start up the two Merlin engines right before your eyes.  The aircraft will then taxi away and fly over the Museum for approximately 20 minutes.  Upon its return, guests can interact and asks questions of pilot Steve Hinton. 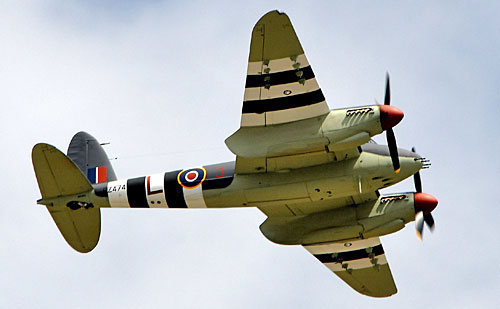 See the Mosquito Startup, Taxi, and Fly Over

Following "Hangar Talk," get your cameras and phones ready as we start up the two Merlin engines right before your eyes.  The aircraft will then taxi away and fly over the Museum for approximately 20 minutes.  Upon its return, guests can interact and asks questions of pilot Steve Hinton. We'll cap off the November 20 event with food and coffee service and scores of historical re-enactors will be onsite to provide further insight into the military engagements of WWII.  The Museum's B-17 "Flying Fortress" will be open to visitors and our Museum Guides will happily conduct visitors on an escorted tour of the Museum.  Should be a great day for everyone.

Hope to see you at the Museum! 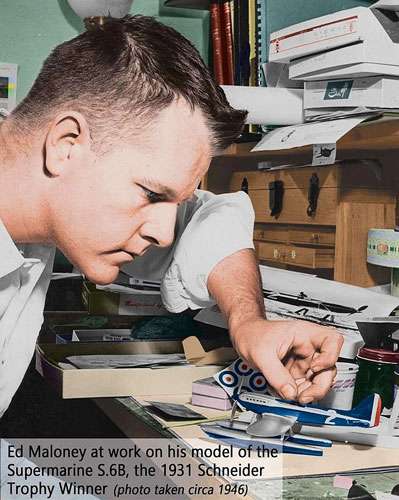 The November 20 "Hangar Talk" will feature the 4th Annual Ed Maloney Scale Model Contest for Museum Members and Volunteers.  Named in honor of Museum founder Ed Maloney, who was a lifelong model builder, this annual event judges the scale model building skills of Museum Members and Volunteers in categories for aircraft and military vehicles.  By attending "Hangar Talk," you get to serve as a judge of all entries.  Awards will be presented for first place, second place, and third place in each of five divisions.

After the presentations, we invite you to browse the Museum, talk with our Museum Guides, see our aircraft up close, and share your love of aviation with all.